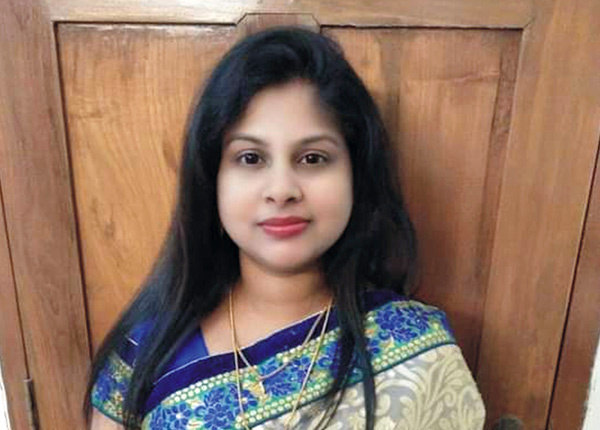 Ms. Aswathi Mary Varghese is Assistant Professor at the Department of English Literature, Communication and Journalism (Triple Main), CMS College Kottayam, Kerala. An alumnus of Asian College of Journalism and Central University Hyderabad, Aswathi was previously working as a (News Producer) for the Reuters Desk, New Delhi before entering the field of Academics. Her avid association with mass media began while she was an undergraduate student and she has worked in many organizations like P.T.I (Press Trust of India), Doordarshan News, IBN-7, The Hindu and Times Of India (TOI).During her stint as a journalist, She was also previously involved for the Investigative Project based on Attacks on Indian Fishermen at Palk Bay.

Her teaching and research interests include, Development Communication, New Media Studies, Digital Culture and Post-Modern Media Forms, Public Relations, Media Innovation and Entrepreneurial Journalism, Digital Media Literacy and Digital Storytelling, users and community engagement strategies. She has also worked in the capacity of a Research Assistant for the UNESCO Chair in Community media for a project that designed the Community Radio Continuous Improvement Toolkit (CRCIT). She has also got a few research papers published in reputed national and international journals.

Moreover, Ms. Varghese’s association with National School of Drama, New Delhi is also noteworthy. She has previously handled liaison and coordination work of the Children Theatre Festival and Bharat Rang Mahotsav, festivals of international stature organized by National School of Drama, New Delhi. She has also previously acted in many renowned plays directed by well-known directors.

Apart from the interests as a Media Educator, Ms. Varghese, is also working as the Editor and the News Producer for the ‘CMS News Channel’ which broadcasts two news bulletins every month. The telecast is available on the official you tube channel of the college. The primary idea is to get students well-versed with news production, camera techniques and scripting. She is also working as the Editor for ‘Bailey Journal’ a six-monthly Department student magazine comprising of editorials, interviews, opinions and personal stories.

A year ago, who would have thought that we would all be sitting in our homes and conversing online putting forward a new way of ‘collaborative learning and experience sharing’. Thanks to the GCEC for such a massive platform to bring global leaders, educators, practitioners, thinkers, students, learners etc together and bringing in a ray of hope for us to strive harder and live better during this ‘under the shadow’ experience.

To see a World in a Grain of Sand

And a Heaven in a Wild Flower

Hold Infinity in the palm of your hand

And Eternity in an Hour.